Improving the Measurement of Resilience: Lessons from a RABIT Field Study

How can we measure resilience?

This is a perennial challenge for those working on resilience, and one we have faced in the field in implementing RABIT; the Resilience Assessment Benchmarking and Impact Toolkit.

Precursor challenges are first to define and conceptualise resilience.  With minor variations, definitions are often very similar to that used for RABIT: “the ability of a system to withstand, recover from and adapt to short-term shocks and longer-term change”.  But RABIT’s unique conceptualisation is to understand resilience as a set of foundational (robustness, self-organisation, learning) and enabling (redundancy, rapidity, scale, diversity, flexibility, equality) system attributes.  (For further details, see the journal paper, “Conceptualising the Link Between Information Systems and Resilience: A Developing Country Field Study”.)

To measure resilience, we identified three markers for each of the attributes, derived from prior literature and as shown in Table 1. 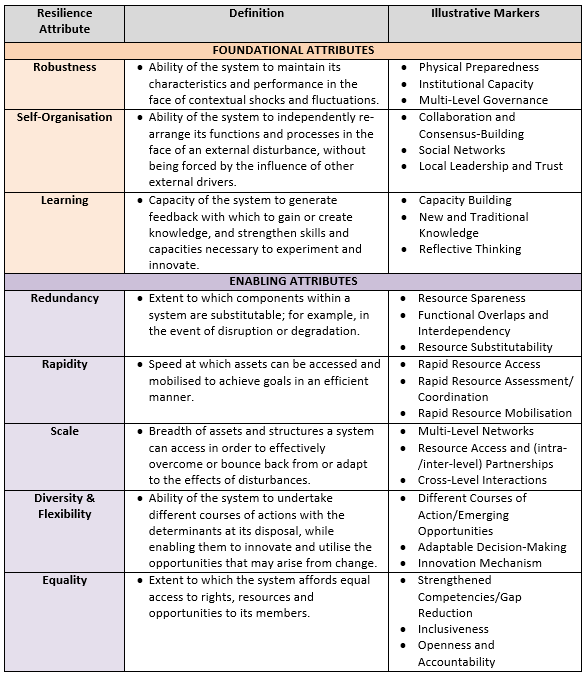 We then took this model into the field, applying it in an urban community in Costa Rica’s capital, San Jose.  We used the model to benchmark both the general resilience of the community and also its “e-resilience”; that is, the impact of digital technologies on wider resilience.

Details of findings can, again, be found in the associated journal paper, but the focus here will be what we learned about the markers we had used to measure resilience.  We found a number of problems in practice:

We encourage others with interests in resilience to make use of this improved basis for measurement, and will be happy to discuss this process. 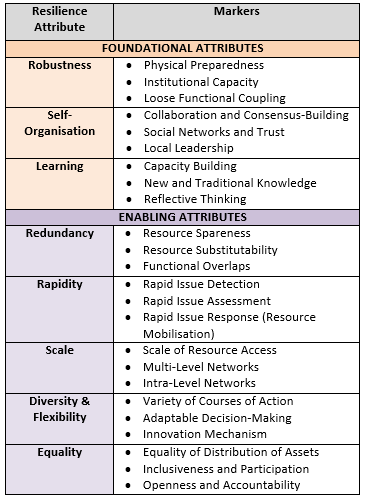 View all posts by Richard Heeks